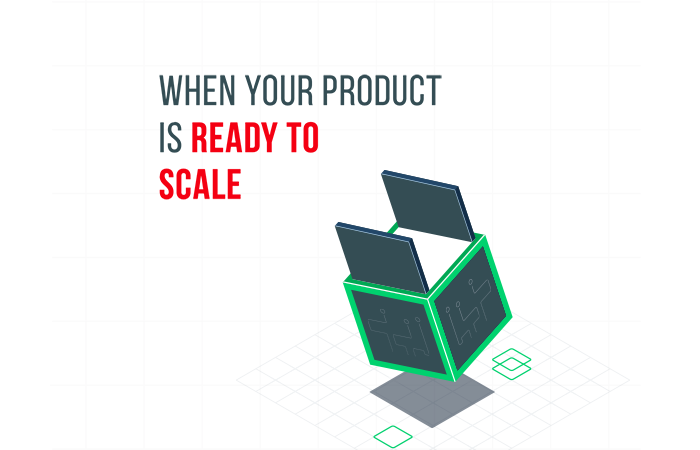 10 Tips on How to Scale Your Business

We always think of growth in linear terms. For example, growth for a company normally gets attributed to: a) an increase in clientele, b) hitting more significant revenue targets, and c) market value gains.

Although growth may be happening, you may find that your company is losing unhappy customers, struggling to fulfill orders, and encouraging an employee exodus because of overwork.

If you’ve hired the best people or even executed successful business planning, it doesn’t matter then. The fact is, as your business grows and customer demand rises, problems are bound to emerge for even the most well-run companies.

Given the time and money involved in hiring new resources, it’s less expensive and intelligent to invest in marketing tools like HubSpot. This move will boost team performance, efficiency, and productivity.

By doing this, you can keep the cost low to prevent spending too much on every new client. Therefore, an automated marketing approach not just saves you time and resources but also helps you scale business operations.

It’s a cliché to say that founders flounder, but unfortunately, that’s usually the case. Wild exceptions like Bill Gates, Steve Jobs, and Michael Dell aside, executives who start a business or project fizzle more often than not once they’ve gotten their venture on its feet.

Entrepreneurs actually show their inability to switch to executive mode much earlier in the business development process than most people realize, as my stories will reveal. But the reasons executives fail to “scale”—that is, adapt their leadership capabilities to their growing businesses’ needs—remain fuzzy. It’s simply assumed that there’s an entrepreneurial personality and an executive personality—and never the twain shall meet. I don’t think that’s true. I believe most executives can learn to scale if they’re willing to take a step back and admit to themselves that their old ways no longer work.

Over the past four years, I’ve worked closely with more than 100 entrepreneurs and seen them struggle to adapt as their companies grow beyond a handful of employees and launch a new product or service. In the process, I’ve observed that the habits and skills that make entrepreneurs successful can undermine their ability to lead larger organizations. The problem, in other words, is not so much one of leadership personality as of approach. A leader who scales is able to jettison habits and skills that have outlived their usefulness and adapt to new challenges along the way.

I’ve identified four tendencies that work for leaders of business units or small companies but become Achilles’ heels for those same individuals when they try to manage larger organizations with diverse needs, departments, priorities, and constituencies.

The first tendency is loyalty to comrades—the small band of colleagues there at the start of the enterprise. In entrepreneurial mode, you need to lead like you’re in charge of a combat unit on the wrong side of enemy lines, where it’s all for one and one for all. But blind loyalty can become a liability in managing a large, complex organization. The second tendency, task orientation—or focusing on the job at hand—is critical in driving toward, say, a big product launch, but excessive attention to detail can cause a large organization to lose its way. The third tendency, single-mindedness, is an important attribute in a visionary who wants to unleash a revolutionary product or service on the world. Yet this quality can harden into tunnel vision if the leader can’t become more expansive as the company grows. And the fourth tendency, working in isolation, is fine for the brilliant scientist focused on an ingenious idea. But it’s disastrous for a leader whose burgeoning organization must rely on the kindness of customers, investors, analysts, reporters, and other strangers.

Leaders who scale overcome these tendencies by dint of self-discipline, listening to and seeking input from others, and being willing to shift their outlook. They deal honestly with problems and quickly weed out nonperformers. They see past distractions and establish strategic priorities. They make concerted, sometimes uncomfortable efforts to do what doesn’t come naturally to them for the team’s sake. And they learn to work with and communicate to diverse employees, customers, and external constituencies. Most important, they make the company’s continuing health and welfare their top concern.

The following stories are about CEOs of technology start-ups, and they’re composites of individuals with whom I’ve worked as an investor, board member, and coach. (The CEOs have all been given pseudonyms here.) Technology start-ups make good case studies because their lack of bureaucracy, compressed product development time, intense relationships, and vulnerability to bottom-line vicissitudes throw leadership challenges into high relief. They yield lessons that apply not only to entrepreneurs as their companies grow but also to project or department leaders as they take on bigger responsibilities in organizations of any size. As we shall see, the ability to effectively lead a project, department, or organization beyond the start-up stage depends on whether or not the executive is hampered by the four hazardous tendencies outlined here.

Business school courses can’t really teach students to deal with people objectively, to think strategically, to create loyalty within a diverse workforce, and to impress customers and investors. These capabilities derive from experience that the new CEO may not yet have. No wonder so many entrepreneurs fail to become self-sufficient leaders as their businesses increase in complexity.

Without these skills, most new CEOs fall back on what has worked well for them before—even though these old approaches often don’t fit the current problem. A product manager turned CEO may believe the next product will turn a profit. An entrepreneur who cut his teeth in marketing may respond to increasing competition with a new ad campaign. Faced with shrinking revenues, an accountant who’s started a company may focus on reducing costs.

But most often, the fledgling CEOs I’ve observed fall into some of the traps outlined below, any one of which can be fatal to a leader’s career, and even to the company being led. These entrepreneurs aren’t aware that by clinging to their existing strengths and habits, they risk creating dysfunctional companies.

Excessively loyal CEOs may be the best friends you could ever have, but they are the growing organization’s worst enemies. That fault is understandable enough; after all, team allegiance significantly contributes to company success. But when leaders fail to see and respond to a team member’s weaknesses, they place the company at risk.

Take Jason, the founder of a company specializing in wireless technology. Jason was enthusiastic and tireless in recruiting his start-up team of 20. As a loyal comrade to the cadre of smart engineers he’d befriended in graduate school and kept in touch with over the years, Jason was able to tap into his old-buddy network to build a highly competent team. Among Jason’s friends was Mark, an engineering professional with whom he had never worked but felt confident would be a brilliant hire. That’s because Mark had previously been a technical development manager for a large enterprise-software company. Jason courted Mark assiduously, enticing him with the opportunity to influence the start-up’s strategy and make a pile of money if the venture was successful. When Mark decided to take the job, Jason was thrilled.

At first, Mark seemed like an excellent fit. He was enthusiastic about the technology, and people loved working for him. But as the company prepared to launch its first product, Mark’s team wasn’t equal to the engineering challenge. Accustomed to more development time and a larger staff, Mark was unable to keep up with his job’s demands, and his team failed to meet a critical product milestone.

When a board member first raised the subject of Mark’s performance, Jason responded with airy promises: “We’re almost there with the code freeze,” and “We just need another round of tests.” When pressed, Jason made excuses. He insisted that Mark was working very hard, the technology was complex, and the competition was stiff. Jason refused to fire his friend even after competitors beat the company to market with a wireless product that quickly became the industry’s de facto standard. Revenues took a nosedive. Then came the layoffs. Eventually, the investors shut down the company.

Such stubborn loyalty, at the expense of an organization’s success, is surprisingly common. But leaders who scale, while not lacking in sympathy toward individuals, understand that the organization’s success depends on every team member’s strengths. These leaders understand that their first allegiance must be to a broad community of employees, customers, and investors, and to the fundamentals of the business—not to any single friend.

A good example of a leader who didn’t let loyalty stand in the way of smart business is Sandy, the CEO of a small but growing organization that provides DSL broadband service. Like Jason, Sandy was a loyal friend to people she’d known since her career began. She brought in an affable, outgoing college chum, Mike, to run the start-up’s technical sales department. After six months on the job, however, Sandy began to suspect that Mike needed to be more aggressive. Though he had responded to some requests for proposals, he often didn’t follow up. When a promising prospect passed over Sandy’s company in favor of a competitor that had an inferior product, Sandy started asking questions. First, she approached Anne, one of Mike’s sales managers, about his performance. Visibly upset, Anne complained that she’d had to pick up Mike’s slack; 80-hour weeks had taken their toll, and she wasn’t sure how much longer she could keep up the pace. Next, Sandy checked with the CFO, who didn’t deliver any better news about Mike’s performance. If Mike wasn’t able to clinch a deal with a very important prospect, the CFO said, the company would miss a huge revenue opportunity necessary to meet expenses.

Difference Between Scaling and Growing Your Business

Business growth refers to adding new resources to increase revenue. Most entrepreneurs will hire more employees and add new features to the technology to support growth, although they may not need them yet.

Meanwhile, scaling a business means the company’s profit increases without any significant addition, including costs and teams. In short, your company grows by relying on the right financing, tools, and your team’s capabilities.

In general, the main difference between the growth and scale of a business is the costs incurred by the company while expanding the business. In addition, adding new resources can lead to other obstacles and may also increase the churn rate.

Google is an example of successful scaling. The company has found the right way to add more customers quickly by using strategies that save time and money, like only hiring experts and focusing on product development. As a result, they have consistent growth.

Mistakes to Avoid When Scaling a Business

Scaling a business is challenging for most new entrepreneurs. It requires a comprehensive business model, a strong team, good plans, and the right tools. However, if you have a solid business plan and commitment to your consumers, the chances of expanding your business successfully are high.